Taxpayers Pay For Researcher To Have Bee Sting His Penis 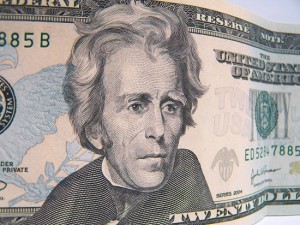 Taxpayers paid for one scientist to have a bee sting his penis, and paid other researchers to figure out that cheerleaders look more attractive in a group than individually, according to a painful new survey of wasteful spending being released Tuesday by Sen. Jeff Flake.

At a time of tight budgets and demands for new spending, including money to fight Zika, to repair water pipes in Flint, Michigan, and to combat the growing opioid epidemic, Mr. Flake said the existence of ridiculous research projects funded by taxpayers shows there’s plenty of room to cut to pay for those needs.

Perhaps the most outrageous item Mr. Flake identified was a study that concluded Democratic women in Congress were less feminine than Republican women. That bit of research, which even went so far as to identify the lawmakers thought to score low on the femininity test, was part of a $50,000 National Science Foundation grant to the University of California-Los Angeles.

Meanwhile, some $1 million in NSF money was spent on the grant that involved studying where it hurts most to be stung by a bee. The penis turned out to be only third-worst out of 25 options, falling behind nose and upper lip.

Of course, the researcher helpfully noted, it was just a single-subject study so it’s not clear how generalizable his results were.

“It’s time that Washington set clear goals for federally-funded research, improved transparency to ensure tax dollars are being prioritized to meet to those goals and reduced wasteful and duplicative spending on lesser priorities,” Mr. Flake said as he released his report, “Twenty Questions: Profiles in Federally Funded Science.” Full Story.