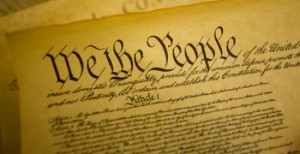 NEW YORK (AP) — The bulk collection of Americans’ phone records by the government exceeds what Congress has allowed, a federal appeals court said Thursday as it asked Congress to step in and decide how best to balance national security and privacy interests.

A three-judge panel of the 2nd U.S. Circuit Court of Appeals in Manhattan permitted the National Security Agency program to continue temporarily as it exists, but all but pleaded for Congress to better define where the boundaries exist.

“In light of the asserted national security interests at stake, we deem it prudent to pause to allow an opportunity for debate in Congress that may (or may not) profoundly alter the legal landscape,” said the opinion written by Circuit Judge Gerald Lynch. Full Story

Note that the court “permitted” the NSA to continue but “all but pleaded for Congress to better define where the boundaries exist.” So the court admitted that the NSA’s actions exceed what Congress has allowed, but merely deemed “it prudent to pause to allow an opportunity for debate in Congress…” Who will debate this? When? This is a very disappointing none judgement from a high court.

Our movement is the biggest threat to the Washington Machine’s grip on power. Nowhere is that more clear than the fight over the so-called “PATRIOT Act’s” warrantless spying provisions.

I will fight tooth-and-nail to stop a blanket re-authorization of this attack on our freedoms. And the defenders of the surveillance state are going to do everything they can to defeat our movement.