Rand Paul: As President, I Will Get The IRS Out Of Your Life 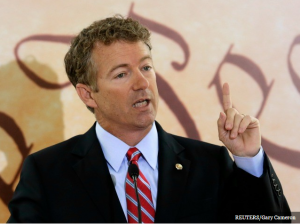 “It’s time to simplify the tax code and downsize the IRS so we can unleash an economic boom that creates millions of jobs, boosts wages, and expands opportunity for all,” said Paul.

He continued, “Our Founders never intended for the tax code to be used as a weapon against U.S. citizens. As president, I will get the IRS out of your life and out of the way of every job creator in America.”