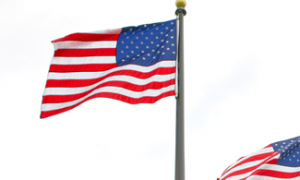 A new report of “economic freedom” around the world finds the US ranked 12th among 152 countries, tied with the United Kingdom, and lower than neighbor Canada or Australia. The index, published by the Cato Institute and Canada’s Fraser Institute, has been published since 1996. As recently as 2000, the US ranked 2nd in the world, in terms of boasting a free economy. The US’s declining ranking will lower future economic growth.

The index, built on decades of research by Nobel laureates and dozens of leading scholars, measures 5 broad factors that impact the economy:

4. Freedom to trade internationally and;

5. Regulation of Credit, Labor and Business.

Countries where citizens are freer to engage in business and trade and property and legal rights are protected by the rule of law will score higher on the index. According to economic research, though, these countries will also do better economically and create and generate more wealth.