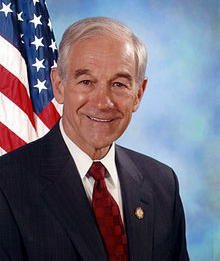 Former Rep. Ron Paul has upped the ante on his son’s presidential aspirations, telling Newsmax TV on Monday that he thinks Sen. Rand Paul of Kentucky will seek the 2016 Republican nomination.

He added that a lot of people have “put pressure on Rand” to throw his hat into the ring.

Ron Paul, a two-time Republican presidential candidate and the presidential nominee of the Libertarian Party in 1988, added that there is a lot of guessing in high-stakes Washington politics.

“I know — a couple of times I did it,” Paul said, noting that even when he was on the fence, there were some people who would say, “He’ll do it, he’ll do it.”

Ron Paul’s prediction about his son came as Rand Paul tested the Republican waters for a possible run during a recent three-day trip to Iowa, where the first presidential caucuses will take place in 17 months. Full Article.