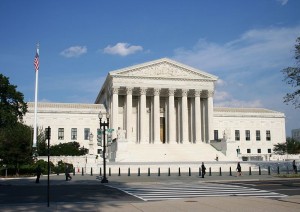 It’s a good thing that Michigan decided to end this instance of racism. When you reject someone from attending a college because their skin is not the right color, it is racism no matter what race it’s done to.

Story: The U.S. Supreme Court on Tuesday dealt a blow to the use of racial preferences in higher education by upholding a Michigan law that bans the practice in state university admissions.

On a 6-2 vote, with Justice Elena Kagan recused, the court rejected a challenge to the law, although the justices were divided as to the legal rationale.

The court made it clear it was not deciding the larger and divisive question of whether affirmative action admission policies can be lawful.

The court rejected the argument made by civil right groups that the 2006 Michigan constitutional amendment that banned the practice had imposed burdens on racial minorities in violation of the U.S. Constitution’s guarantee of equal protection. Full article.