A & E Should Have The Right, But Why Do Others Not? 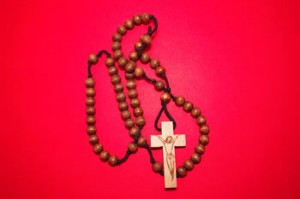 For those stating that A&E should have the right to fire Phil Robertson for his stated opinions, while I agree, you’d have to be really drinking the leftist Kool-Aid to think (or pretend to think) there’s not a double standard. For example, does anyone remember the baker in Colorado who was forced by a judge to bake a cake for a homosexual wedding  after he originally refused? If he didn’t do it, his business license would’ve been revoked. As a business, shouldn’t he have had the right not to bake that cake like A&E had the right to fire Phil?

Or what about the photographer who was forced by a judge to photograph a homosexual wedding in a state where homosexual marriage isn’t even legal?

So why has the government  not stepped in to protect Phil from A&E doing this to him based on his difference? The OBVIOUS double standard is well in place. And lets not forget how Obama and his thugs are forcing Christian businesses via Obamacare to pay for birth control and abortion even if the business has a moral objection.

As a libertarian, I don’t believe it’s the government’s place to step in in either situation, but the fact that they do in certain cases and do not in others is telling. It certainly seems that Christians are being forced into compliance and if they don’t comply the government will go after them. So much for religious liberty and freedom of speech.