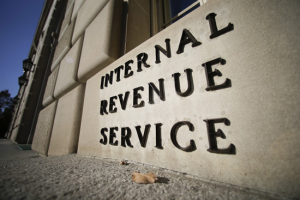 Senate Democrats on Tuesday proposed increasing the budget of the Internal Revenue Service and other financial agencies next year.

The IRS would get $12.07 billion in funding under the Financial Services subcommittee bill reported to the full Senate Appropriations Committee on Tuesday, an increase of $276.5 million.

House Republicans, in contrast, have suggested cutting the IRS’s budget by 24 percent. Senate Republicans are not happy with the funding level proposed by Democrats, and subcommittee ranking member Sen. Mike Johanns (R-Neb.) took the rare step of recording a “no” vote against the bill “Count the IRS among the winners in the bill despite the political targeting that appalled all of us and eroded the public’s trust,” Johanns said.
The IRS has been embroiled in controversy since May, when the administration admitted the agency had improperly handled requests for tax-exempt status by conservative and Tea Party groups. Read more: thehill.com
Facebook
Twitter
Google+
Pinterest
E-mail