BBC Fires Award Winning Comedian for Being ‘White and Male’ 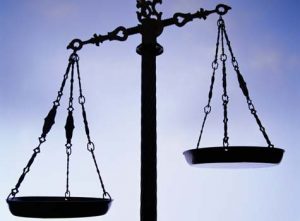 The BBC has fired a long-standing, award winning comedian because he was “white and male” which means that he didn’t fit in with so-called diversity targets.

Jon Holmes has appeared on Radio 4’s The Now Show for the last eighteen years, as well as co-creating Radio 4’s Dead Ringers, which later moved to BBC 2, and co-writing the Horrible Histories series for CBBC.

He announced on Twitter that he had been “axed” as BBC bosses wanted to “recast” with “more diversity.”

Speaking out about the decision in an article for the Mail On Sunday, Holmes also stated that he was not the only talent who had been fired or rejected by the BBC because of so-called “positive discrimination.” A female presenter, for example, was offered a job only to have it withdrawn by bosses who told her: “We can’t have you, because you are too white and middle class,” he claimed.

“Having heard so many stories, I decided (against my agent’s better judgment) that maybe someone should stick their head above the parapet to ask: ‘Can we do this better?’” he asked.

“If we are now openly giving jobs to people based on the color of their skin, surely that is only emphasizing just the kind of social division that the equality that I was brought up to embrace strives to eliminate?

“So what if – and I know this is radical – but what if everything and every job in all walks of life was open to everyone equally, and we all just agree that everyone’s the same, by which I mean – you know – ‘human’?”

“Should I, as a white man (through no fault of my own), be fired from my job because I am a white man? Arguably, yes. You may well think I’m c**p on The Now Show, and that’s fine, but to be told it’s because I’m the wrong sex and color? I’m just not sure that’s helpful to anyone’s cause.”