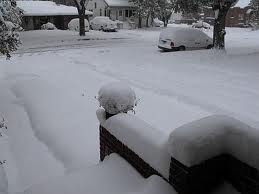 BOUND BROOK, N.J. — School was closed for the blizzard that wasn’t, but there was still enough snow on the ground that two high school seniors thought they could make a few extra bucks.

In the process, Matt Molinari and Eric Schnepf, both 18, also learned a valuable lesson about one of the costs of doing business: government regulations.

The two friends were canvasing a neighborhood near this borough’s border with Bridgewater early Monday evening, handing out fliers promoting their service, when they were pulled over by police and told to stop.

In this borough, anyone selling goods and services door to door must apply for a license that can cost as much as $450 for permission that is valid for only 180 days. Nonprofits are exempt from the fee but must still apply for a permit. Full Story.

So if you’re poor and can’t afford the $450, I guess you can’t afford to work. Your only option will be to go get in the welfare line. Does anyone else see how clear it is that the government, even to the local level, encourages dependence on the system? And that they want to make money off of your back? It’s England’s old feudal system all over again. You have to pay the government to get permission (a permit) to work.