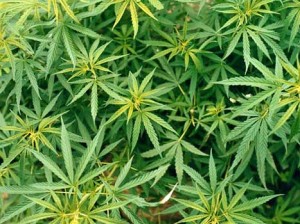 (Reuters) – Moves by some U.S. states to legalize marijuana are not in line with international drugs conventions, the U.N. anti-narcotics chief said on Wednesday, adding he would discuss the issue in Washington next week.

Residents of Oregon, Alaska, and the U.S. capital voted this month to allow the use of marijuana, boosting the legalization movement as cannabis usage is increasingly recognized by the American mainstream.

“I don’t see how (the new laws) can be compatible with existing conventions,” Yury Fedotov, executive director of the United Nations Office on Drugs and Crime (UNODC), told reporters.

Asked whether there was anything the UNODC could do about it, Fedotov said he would raise the problem next week with the U.S. State Department and other U.N. agencies. Full Story.

What about other countries who have had it legal for a long time such as the Netherlands or Uruguay? Or in Ukraine, where it’s legal to have up to 10 plants? Has the U.N. gone after them? Or are they allowed to be sovereign? Great will be the day when we have a President who will stop our funding of the U.N. Those busy bodies couldn’t survive then!