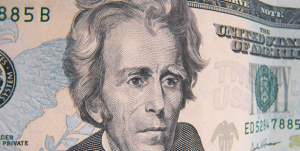 The day when the nation collectively has made enough money to pay its total tax burden for the year is three days later this year, according to a new report.

According to a report released Monday by the Tax Foundation, this year Tax Freedom Day falls 111 days into 2014, on April 21.

By April 21, Americans will have made enough to pay the $3 trillion in federal taxes and $1.5 trillion in state taxes — more than they will spend on food clothing and housing combined.

When is Tax Freedom Day if you include federal borrowing?

Since 2002, federal expenses have exceeded federal revenues, with the budget deficit exceeding $1 trillion annually from 2009 to 2012 and over $800 billion in 2013. In 2014, the deficit will continue to decline to $636 billion. If we include this annual federal borrowing, which represents future taxes owed, Tax Freedom Day would occur on May 6, 15 days later. The latest ever deficit-inclusive Tax Freedom Day occurred during World War II on May 21, 1945.

When is my state’s Tax Freedom Day?

The total tax burden borne by residents of different states varies considerably due to differing state tax policies and because of the progressivity of the federal tax system. This means a combination of higher-income and higher-tax states celebrate Tax Freedom Day later: Connecticut (May 9), New Jersey (May 9), and New York (May 4). Residents of Louisiana will bear the lowest average tax burden in 2014, with Tax Freedom Day arriving for them on March 30. Also early are Mississippi (April 2) and South Dakota (April 4).  Full Report.