Why is the GOP Establishment Scared of Justin Amash?

Swann: “You are a guy who has made a lot of headlines lately, specifically because Republican establishment is so afraid of you because they are really coming after you this primary season and trying to remove you from office at really any cost necessary. Is that correct?”

Amash: “Yeah, it seems like there is a more concerted effort this time around. Last time they kinda stayed on the sidelines during the primary but this time they have stories in the Wall Street Journal and the Washington Post and another major publications where my name is in there, my name is in the stories. Somebody is putting my name in there, somebody is telling these reporters, ‘Justin Amash is the establishment’s main target’.”

Swann: “Karl Rove called you the ‘most liberal Republican in the House’. I suppose if we are talking about classical liberal that is true. But when Karl Rove says that, that is a laughable statement in the way he is using it because clearly he is using ‘liberal’ as a smear, to call you the most liberal Republican. I follow you on Facebook and so I see your Facebook posts. You are the only guy I’ve seen who posts every single vote you make in Congress and you post why you voted the way you did. I’ve never seen anything that I would call ‘progressively’ liberal, what I have seen I would call Constitutionally sound.”

Amash: “Thanks, I’ve been doing that since I was in the State House, I got to Congress and I wanted to make sure that I explained every vote. I’ve done that over 2,300 times since I have been in Congress. I’m a Constitutional conservative and some people call that libertarian. And look, if you look at my score cards across multiple organizations, I am considered one of the most conservative members of Congress, if not THE most conservative and I’m proud of that. People at home want me to follow the Constitution. Whether you are a Republican or Democrat or Independent, I think that’s what people are looking for, someone who will follow the Constitution and I think that scares some people in the Republican establishment because there are times when I will cross over and vote with Democrats to help limit the size of government and if there are instances where Democrats will help to limit the size of government and Republicans aren’t, then that scares the Republican establishment.” 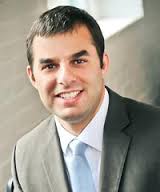 Swann: The guy who is running against you Brian Ellis is basically attacking you from the right and from the left. He is basically arguing that you are both too liberal and too conservative and too principled. Now when you start saying that a Congressman is too principled, talk about an oxymoron.”

Swann: “Ron Paul was the architect of the money bomb, at least his campaign was. I don’t think he ever planned for it to be that way but it certainly became a very successful fundraising tool.”

Amash: “Yeah for people like Ron Paul and like me, we don’t get very much support from corporate PACs or special interest groups. We are certainly not out there trying to seek that kind of support and even if we were, we are not going to get it. They are not interested in people who follow the Constitution and seek liberty, so I have to go straight to the people and ask for their support.

Most members of Congress receive their contributions from corporate PACs and other interest groups. I don’t. I have to receive most of my money from individuals and if that dries up, I’m in trouble.”

Swann: “I am curious, how many visits do you get from special interest or lobbying firms?”

Amash: “We still get a fair share but it certainly has gone down significantly since I first entered Congress. I remember when I first got here, it was all the time. People coming in and asking for favors and asking me for money. They would me that if we spent $1 on this we would get $2 or $3 dollars back in return. And when you tell people we have a spending problem and we can’t afford to be doing this, at some point they stop showing up at your door. But look, I am here to represent all the people. Anyone is welcome to come to my door, to come here and make pitches. Lobbyists can come here and make pitches but it doesn’t mean that I’m going to go along with them. But I have to represent every single person not just special interest groups and lobbyists.”

Swann and Rep. Amash went on to talk about a new bill being put forward by Congressman Mike Rogers that will reportedly “end NSA bulk collection of data.” Rep. Amash explains how that is not the case at all, in fact, the bill will likely increase the amount of data being collected and accessed by government.

PLEASE share this on social media to help get the word out about Representative Justin Amash.